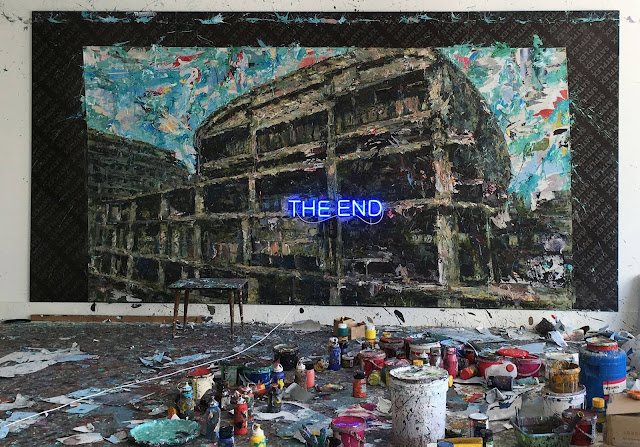 Despite the political and economical status quo, every night you can attend at least 10 happenings in Lebanon that can actually blow your mind, and it is this energy that I try to convey, the energy that keeps us going... 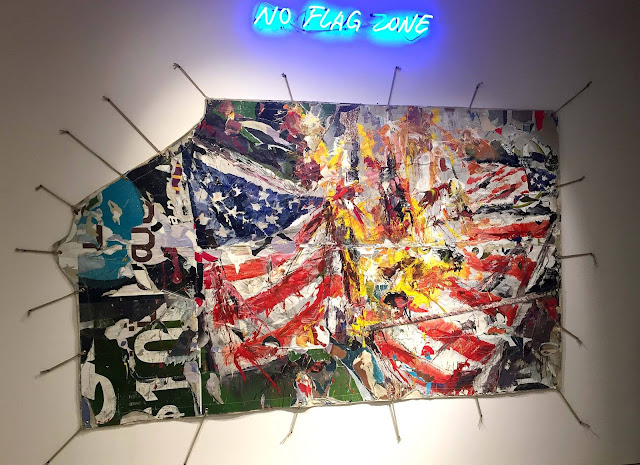 I was left breathless yesterday by Ayman Baalbaki's /ˈblōbak/ at Saleh Barakat Gallery and I cannot not keep it to myself.
Only two artists of our generation made me feel this way: Marwan Sahmarani, and Ayman.
Why? Personal impression that involves no one but me: they are the most sincere and the most genuine on canvas.
We do have lots of talent, but to me it either falls in brainy conceptualizations or into the decorative category. Again my own opinion, and that's why I don't share it a lot. But Sahmarani and Baalbaki put their guts in their work and that, is indeed priceless. 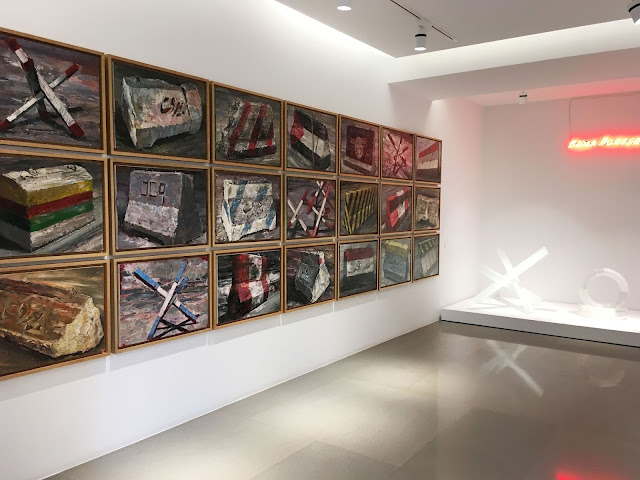 When you arrive to Ayman's "Beirut Concrete" wall in the oh-so-perfect space of Barakat's gallery, your jaw drops. Our own collective memory, our history and chronic turmoil are on that one wall, depicted simply with painted concrete blocks! 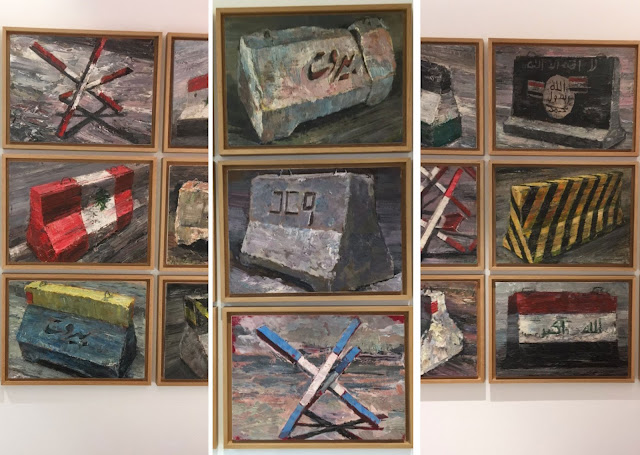 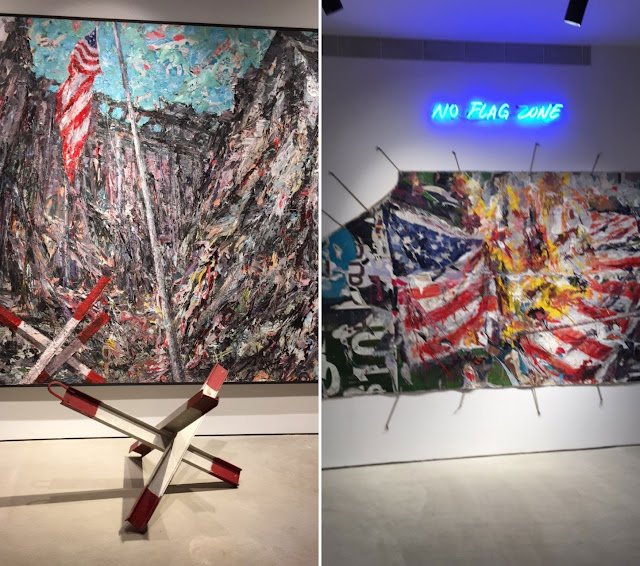 The exhibition explores the irony of the blowback theme in general, "denoting the unintended, harmful consequences—to friendly populations and military forces—when a given weapon is used beyond its purpose as intended by the party supplying it". And so every piece depicts one particular event in History, the 1983 explosion of the American Embassy in Beirut, the flag burning incident in Quetta, Mea's bombing in 1968, the 1559 resolution... Those events that were a boomerang to those who provoked them, and still causing ripples today. 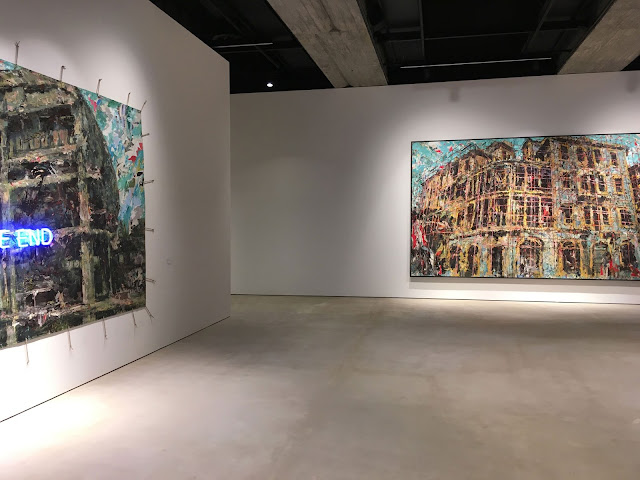 But really I'd rather say no more, because I want you to get off your seat today and go see for yourselves. 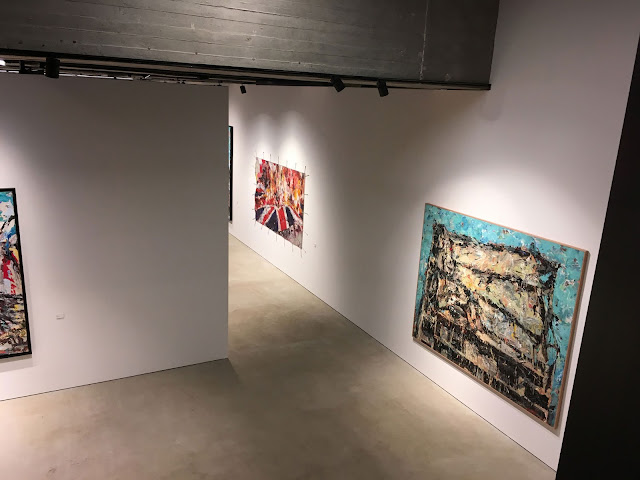