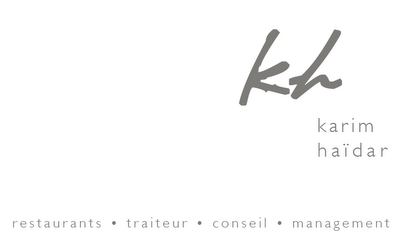 For a few months now, I've been working with the passionate Lebanese Chef Karim Haïdar, to create the image of his company and various restaurants. And now the website developed by NoBrand following our graphic guidelines is finally out right here!
You can have a look at Karim's Bio along with pictures of his creations, and many more...
Soon you will be also able to get a taste of his talent in Beirut at Zabad restaurant!
There's been lots of talk about Zabad, but I do assure you it's worth the wait.
The menu will feature Karim's latest delicacies, interiors have been developed by my friends at Bleu , and branding by myself as already revealed .  (Though it seems some people liked it so much they put on their portfolio... ;-) )
Posted by MAYA METNI at 5:49 AM Labels: artists, coups de coeur, food, portfolio, reflections, tables and parties, travel

I am currently working on the new ad campaign of Julien Abboud a talented young lebanese designer... The collection is not yet online but I couldn't resist posting a few photos!
I did the art direction on shoot and Imad El Khoury did the photos... 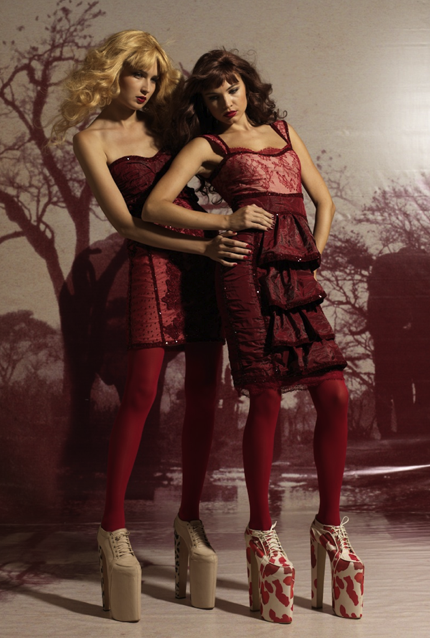 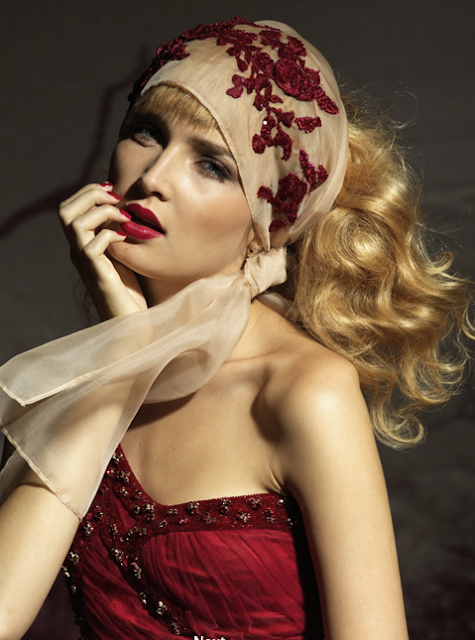 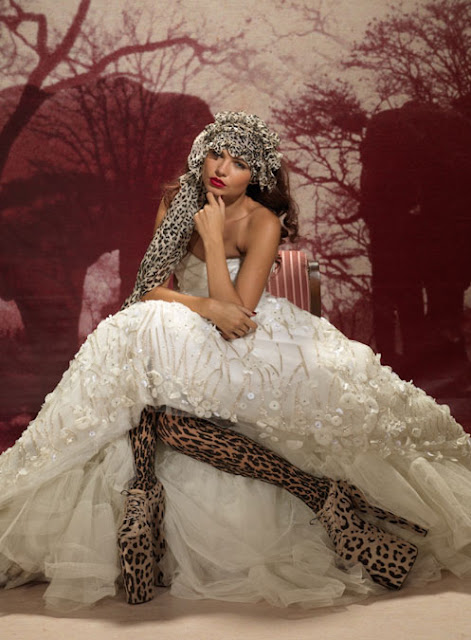 >My road trip to South Italy...

After being so long off the blog, I thought I'd give you one exhaustive post, with lots of pics about my wanderings this summer!
Our trip started in Calabria, Cosenza to be precise, with its lovely medieval town.

North Calabria is very refreshing because you do not see many tourists,
you really feel like an explorer. 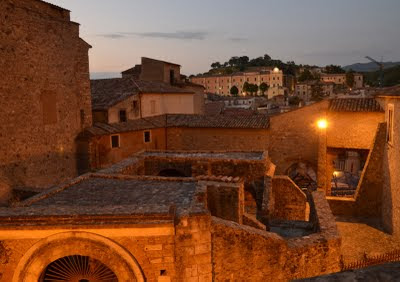 After that we moved down to Tropea, a little jewel on the Mediterranean: 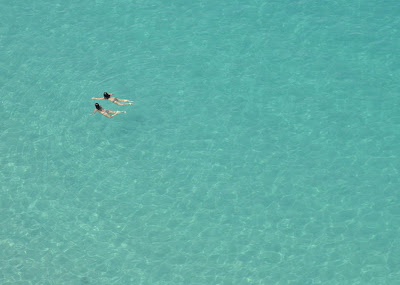 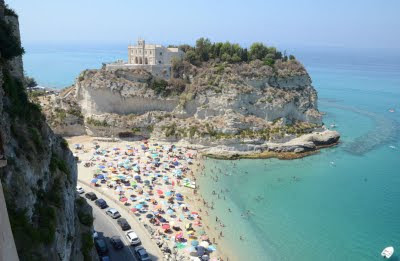 ...where we ate seafood pasta and spada involtini, or rolls of sworfish, miam! 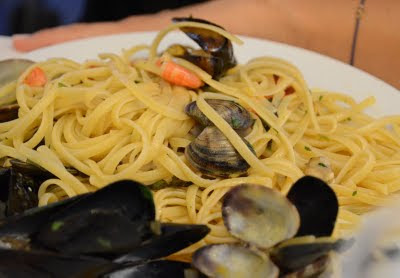 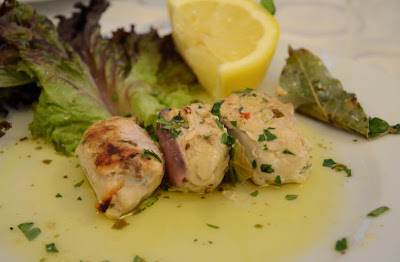 And from Calabria, we were off to the Aeolian islands, starting with Lipari and Panarea, 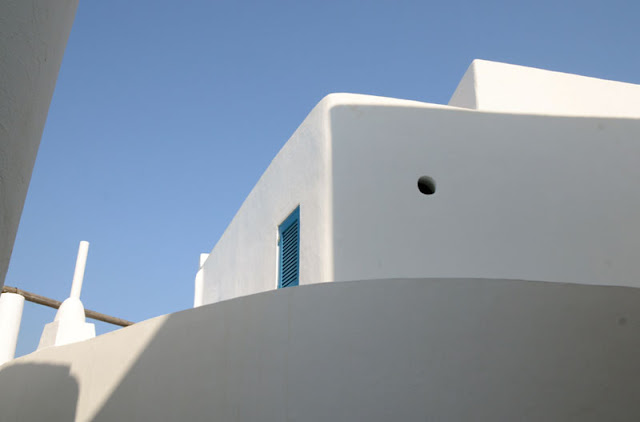 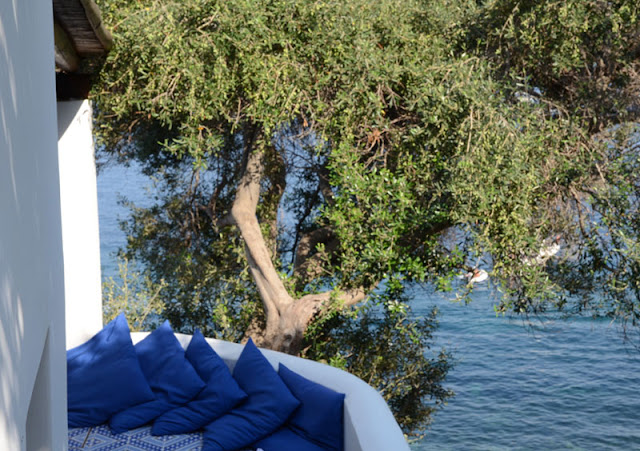 and then to Stromboli!!! The island with the eponym volcano!
Okay at first it looks quite peaceful from afar... 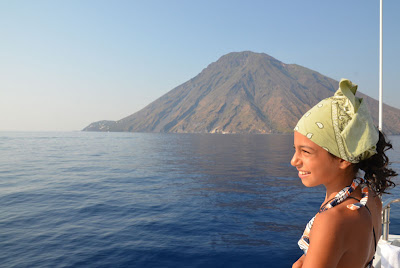 Then you discover its beaches where the sand is actually lava stone... 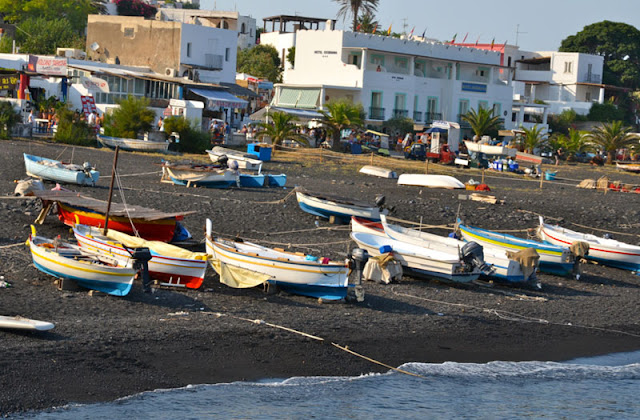 And suddenly at sunset, badabooomm! 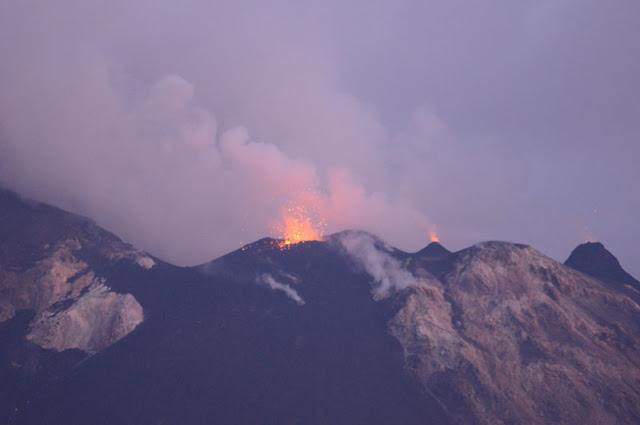 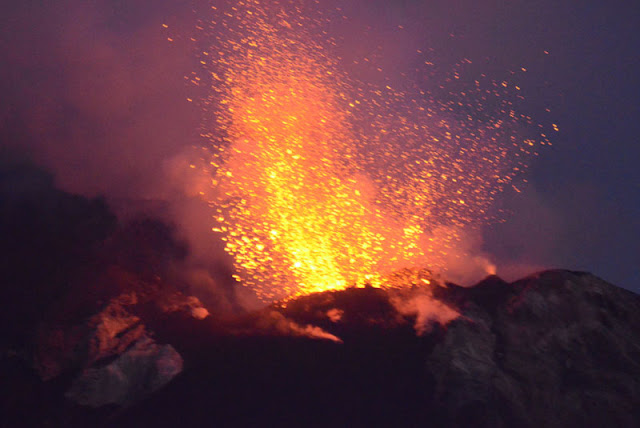 Stromboli is one of the most active volcanos on the planet but its eruptions are quite small... but scary nevertheless! It is very well seen from miles away, and people actually call it "Lighthouse of the Mediterranean".
After Stromboli we continued to Mount Etna, in Sicily, yes another volcano ;-) 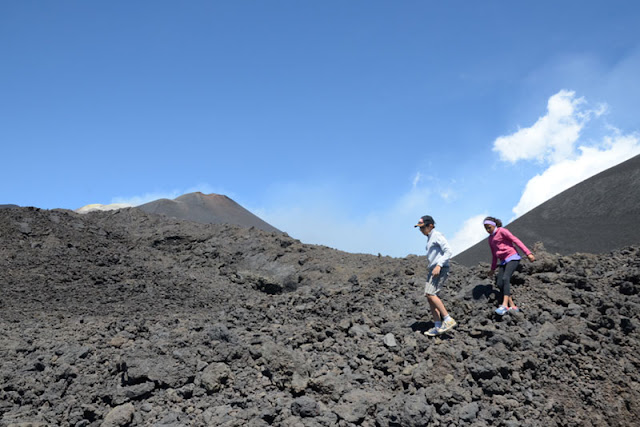 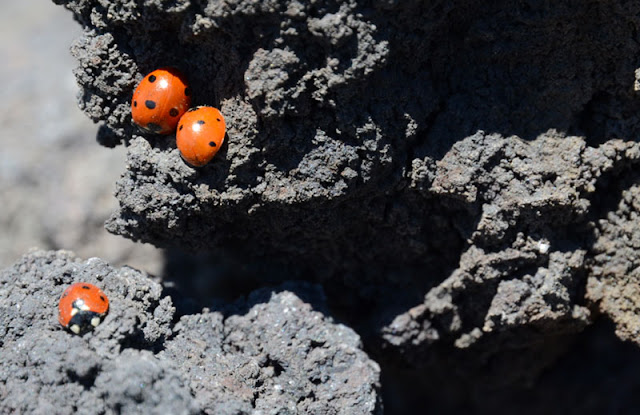 In search for more peaceful surroundings, we really enjoyed the Gigliotto Agriturismo and its fruity wine... 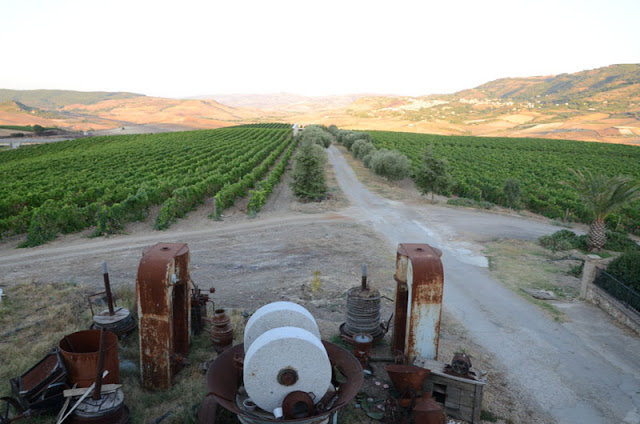 Caltagirone village, which actually comes from the arabic قلعة الجرن which means town of the jar, and its ceramic stairs... 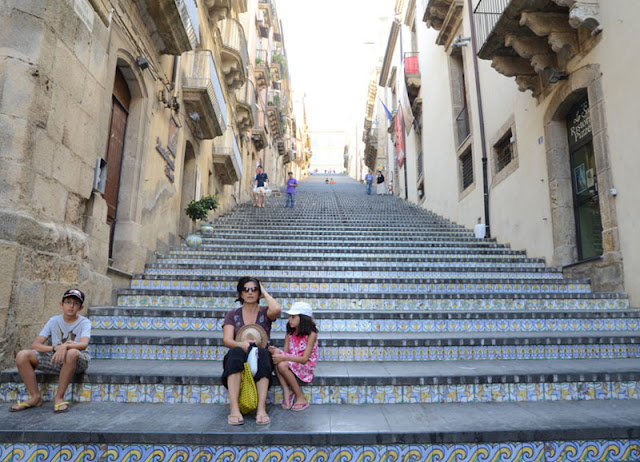 Then Ragusa, Modica and Noto the Baroque towns, unforgettable Syracusa, and I'll finish with these lovely pictures from The Tarot Gardens of Niki de Saint Phalle and Jean Tinguely, on our road back to Rome's airport. 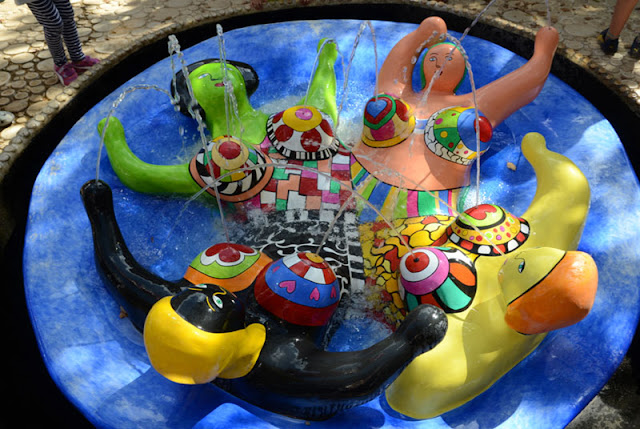 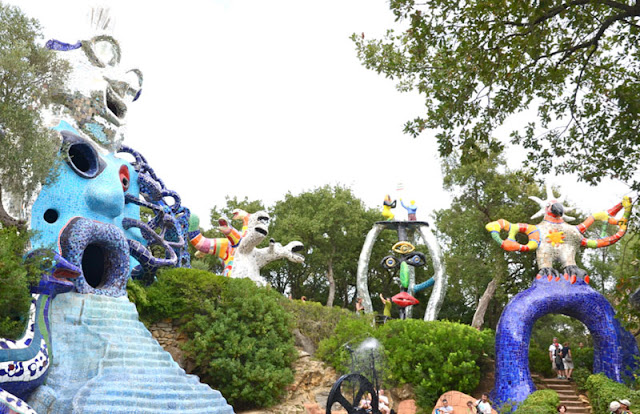